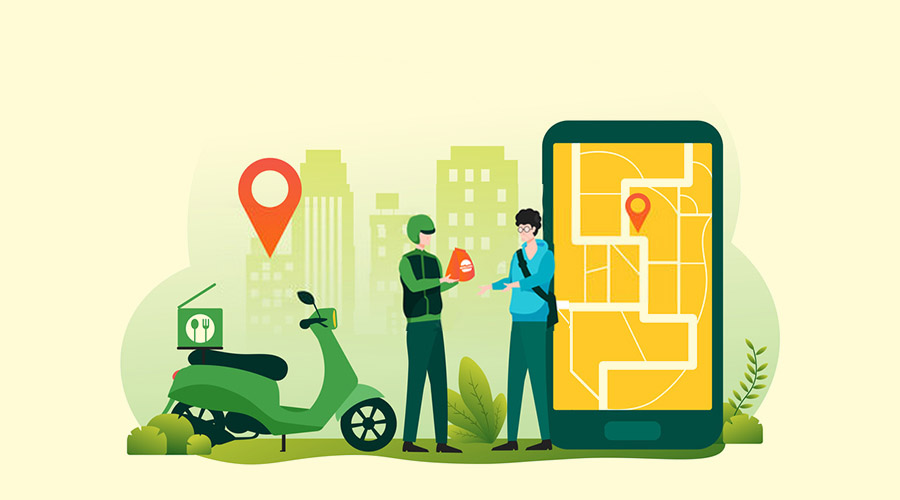 Ever since innovation played a major role in the market, tech methods have benefited the industries soon and still. Business through mobile apps is one of them, and now even that is being restructured by a multi-purpose app, that is Gojek. The Gojek business model includes strategies to offer multiple facilities within an app that leverages the Indonesian market. Gojek is a notable example of a unicorn of Indonesia that has become a matter of moment serving in over 180+ cities in many countries of Southeast Asia.

Gojek, in its starting years, wasn’t performing well enough. When it was initiated, it wasn’t serving these many solutions like meals, rides, daily needs, couriers, etc., all in one platform. The firm is a prior startup in Indonesia valued at 10 billion USD. There is a lot more to know about this for entrepreneurs inspiring to get a Gojek clone app for their multi-service businesses and make the most of it. So, here is this blog to discuss everything about it – how Gojek works, the business model of Gojek, revenue channels, and other important facts about it.

Gojek is multiple services providing company facilitating consumers, like daily grocery requirements, meals, bike taxi, logistics, online money transfer, and a dozen other facilities being a multi-purpose app. Nadiem Makarim created the company, with Kevin Aluwi and Michaelangelo Moran, in 2010, first as a ride-hailing company in Jakarta, Indonesia. It is the most treasured firm in Indonesia, being a startup as a unicorn of Indonesia. Besides, it serves in the Philippines, Vietnam, Thailand, Malaysia, etc.

Gojek came into existence with its app with 4 facilities – GoSend, GoShop, GoRide, and GoFood, in 2015. Consecutively it has been called up as a multi-facility app, serving around 20 facilities. Later that, Gojek and Tokopedia announced a completion in the partnership, establishing a new company GoTo, on 17 May 2021, a group that merges e-commerce, online market, and financial facilities. The organization has been appreciated in Fortune’s 50 that diverted the countries in 2017 in 17th position and in 2019 in 11th position.

How Does Gojek Works?

Consumers have to look for the desired assistance as the smartphone app has a numerous range of facilities. They got to select their desired ones from GoFood, GoShop, GoRide, and GoSend. By selecting their service segment, consumers can move forward in the app.

Then consumers have to select the service they want to utilize within the app. For instance, when they consume picked groceries, they will be selecting the items required by adding those to the cart. Further, to finalize the items, they have to reserve them.

Consumers afterward have to checkout for the reserve and pay with the desirable mode given in the app. However, each method has different charges like cash-on-delivery will have high charges as of eliminating undesirable ordering.

The services will be fulfilled by the respective providers like in the above example we have explained about ordering groceries. Stores will prepare the items and orders and assign the shipping to the providers transporting it to the entered location. 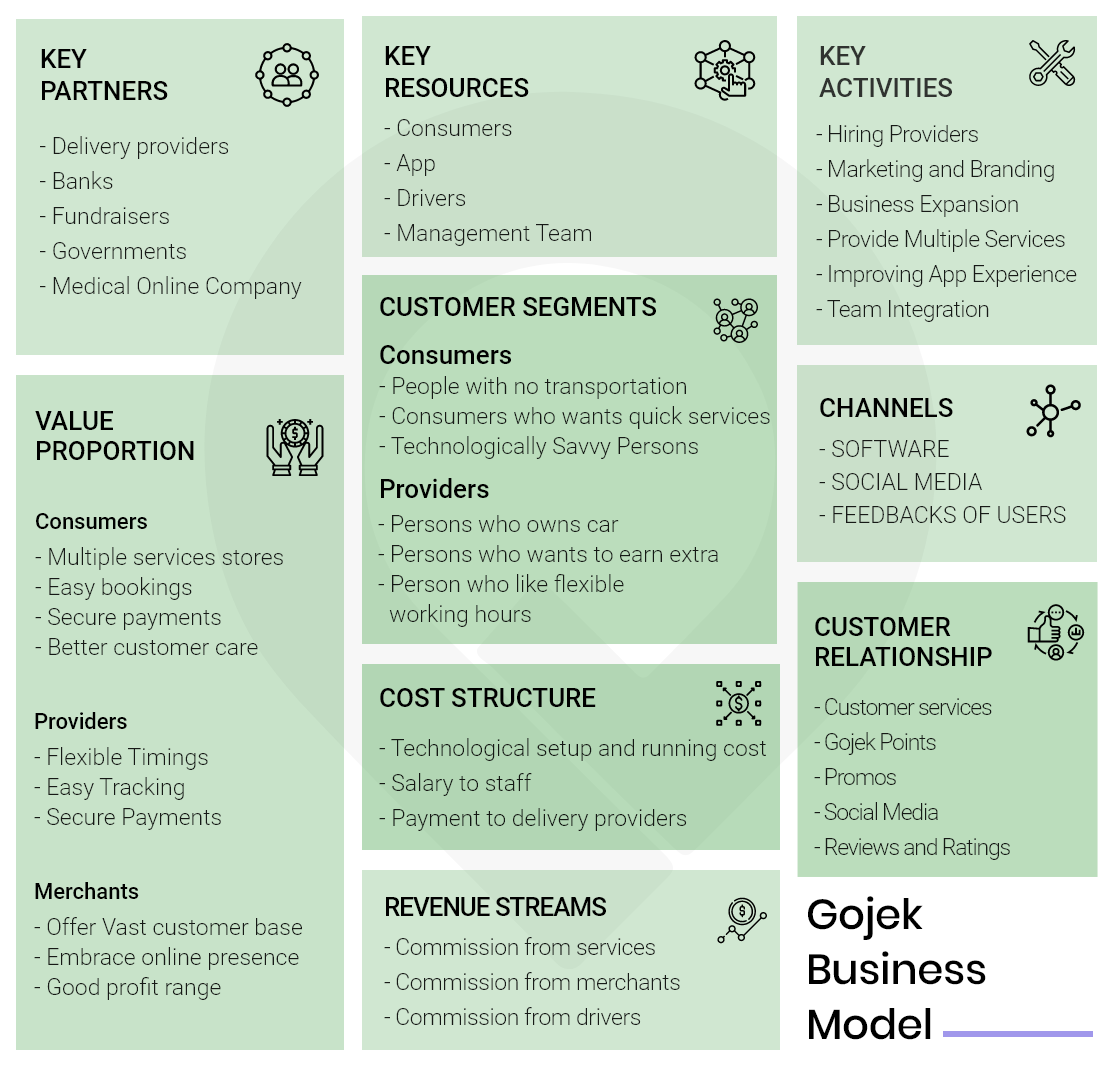 Gojek is a multiple amenity company and its business model consists of three sectors of a marketplace – utilizers, vendors, and persons for delivery or rides.

Gojek has managed to get numerous funding rounds since 2014 and yet. The firm has 15 lead partners as lenders and 13 funding stages. Besides, Gojek has acquired 13 organizations. The collaboration with Bluebird, Tokopedia was also a remarkable step of the organization, opening the doors for numerous opportunities. Today, it has multiple partners as listed down:

Gojek app manages its relations with the consumers with several devices and ways.

How does Gojek Generate Revenue?

Gojek is called an Indonesian Unicorn, the first startup valued at more than 10 Billion USD. They have expanded their services in several countries and are exploring various markets of SouthEast Asia. Its revenue generation strategies are impressive, managing to fight heights in competitive markets with its workflow. Here are the key resources of the revenues of Gojek.

Gojek has a wide list of features allowed to the consumers in return for a significant amount. When consumers book any service from the app, they will have to pay an extra amount, which Gojek serves as their charge of the facility or charge for using the app.

Gojek partners with multiple merchants in order to serve buyers and access a huge consumer base. In return, they charge a feasible amount for them as an extra amount on each completion of the orders or bookings.

Delivery providers have to give the tiniest amount for assisting the application, which is an earning source of Gojek. Gojek allows a lot of benefits to the shipping providers, like referral codes, and therefore the price charged for managing the app is bargainable.

Since its inception, Gojek’s works have risen to great heights, passing down to several stages in the market. Here is the overview of when and how the organization is promoted to each stage of success.

Gojek Business Model is Versatile To Adopt For Your Business

Gojek’s business model have enabled the entrepreneurs to open several gates for startup ideas enabling them to forge success in unique ways. The firm has multiple wings of facilities like meals orders, ride-hailing, logistics, digital money transfer, automobiles, and several others.