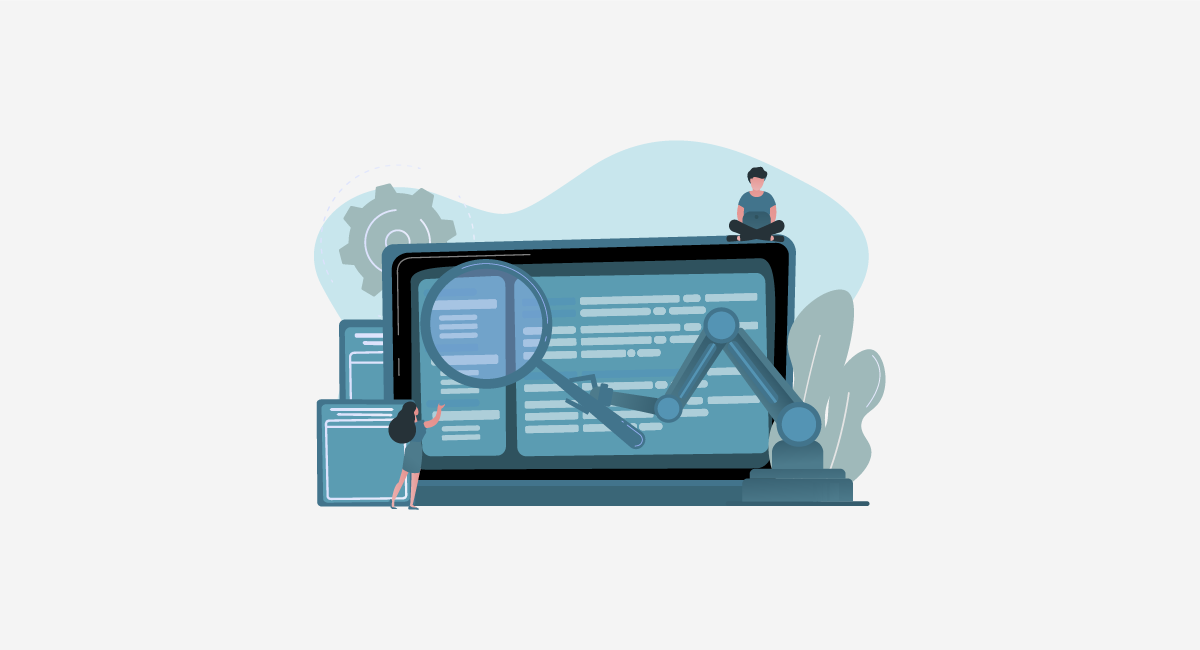 Every company relies on software to function, and every software must be tested before it is made available to users. However, not every stage of the process can benefit from beta testing or other forms of crowdsourcing.

Every business places a high priority on testing, and many of them favor automation testing over manual testing. The testing team creates several test cases and manually tests each feature during the manual testing process. If a bug or error is discovered, the developers will notify someone who will subsequently correct the mistakes. Once more, the procedure is repeated until the product has no defects.

In addition to taking a lot of time, managing the manual testing process includes careful planning, problem tracking, and reliability analysis. Automation through the use of testing software and the use of more expedient, less expensive, and effective production techniques, testing frequently automates repetitive testing.

Test automation is a permanent trend. This is so that good test automation may reduce human work by using repeatable, reliable procedures, boost testing ROI, speed up testing and feedback, and ultimately cut costs for the company. According to a recent poll, 24% of respondents claimed to have immediately or within the first six months seen a return on their test automation expenditure.

Therefore, consider this your beginning point if your business is undergoing any new product launch or wants to be a part of digital transformation, or if you’re just ready to jump in and put forth the necessary initial effort. So without any delay, let’s dive into the basics of test automation, its frameworks, and types to get you started.

There may be a discussion over that later, but one thing is for certain: If automation testing is expanding at this rate, then the tool used to conduct it is also expanding quickly. So, everything is made possible by the test automation framework, which is widely utilized in the modern world.

The core of software automation is innovation.

The software business has undergone a revolution thanks to automation, which makes systems more effective and lessens the workload of manual testing. As a result, introducing new software items to the market has accelerated, particularly to test automation tools.

A few of the main advantages of automated test frameworks are:

The implementation framework encourages automation testing as a technical best practice. Consider, for illustration, a testing team with members who fall under various Automation Testing codes. They are unable to edit standard script and code parts that a team member within a project has modified.

Optimization of Resources: The test framework aids in maximizing resource utilization by streamlining the process and utilizing various resources in accordance with organizational requirements.

Fewer Manual Efforts: Automation frameworks guarantee fewer manual tasks, which reduces the possibility of human error. A test automation framework can be used to resolve any differences caused by various coding standards or time restraints because it mostly eliminates the need for human intervention.

Reporting: Reporting features in test automation frameworks let developers produce thorough error reports. This provides developers with a clear understanding of which applications went wrong and where the problem is found.

Productive Results in Less Time: The amount of time needed to set up and execute tests is reduced by an automation script. We can produce more in less time with better efficiency and speed.

Efficiency: By automating the test scripts, test automation frameworks guarantee an effective method for the overall software development cycle as it reduces its runtime, boost scalability, and quickly identify problems; they contribute to increasing the effectiveness of the test. 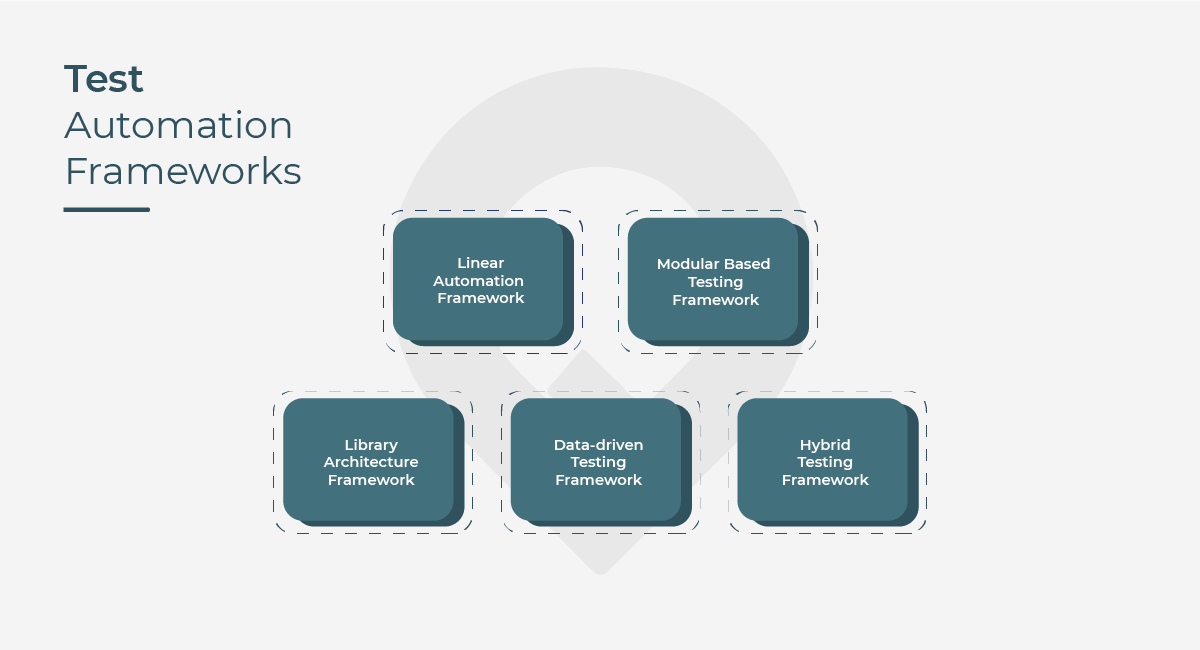 These days, a wide variety of automation frameworks are accessible. These frameworks may vary from one another depending on how well they support various important elements of automation, such as reusability and simplicity of maintenance.

A linear test automation framework, commonly referred to as a record-and-playback framework, allows testers to create functions without writing any code. Instead, the stages are described in chronological order. Each step, including navigation, user interaction, and checkpoints, is recorded by the tester, which then automatically replays the script to run the test.

When employing a modular framework, testers must divide the software being tested into several parts, functions, or sections, and each of these parts, functions, or sections must be checked independently. The program is divided into separate modules, and each module is given a test script, which is then integrated to create larger tests using a hierarchical approach. These more extensive test groupings will start to represent various test scenarios.

The Library Architecture Framework, which builds on the Modular Framework, has a number of advantages over the former. First, this framework organizes related tasks within the test script into functions and then puts them in a library rather than fragmenting the test case. The test script can use these functions anytime a functionality is required because they are made up of tasks with similar goals.

The required inputs and anticipated output results for this kind of testing are kept in separate data files. Here, a single-driver test may run all required test scenarios using various data sources. A driver script includes operations like reading data files and navigating the entire software.

As its name suggests, the hybrid testing framework is created by combining two or more frameworks to achieve the best of both worlds. In other words, a hybrid framework’s goal is to use many frameworks’ advantages to speed up and improve testing. The traits that the QA team is searching for in the framework determine which two frameworks are joined to produce the output. Creating a framework by adhering to established rules is a good idea.

Choose the Right Automation Framework to Produce the Best Results

Testers should look for an automated testing framework that is flexible and supports a variety of apps and languages. This enables them to participate in the testing procedure regardless of their qualifications and experience. The hybrid framework is one such adaptive testing strategy that effectively integrates with many apps and procedures.

You can choose the structure based on your work requirements, group competency, time constraints, and budget. Normalization improves profitability with test automation architectures. By adhering to the framework, you can ensure the most extensive test inclusion in your innovation cycle.

If you are unaware of these testing frameworks but want to launch a bug-free product, hire software testers from us, as they are a highly qualified QA team that will help you address today’s continuous testing demands.