Why the Future of Flutter is Bright in 2022 and Beyond 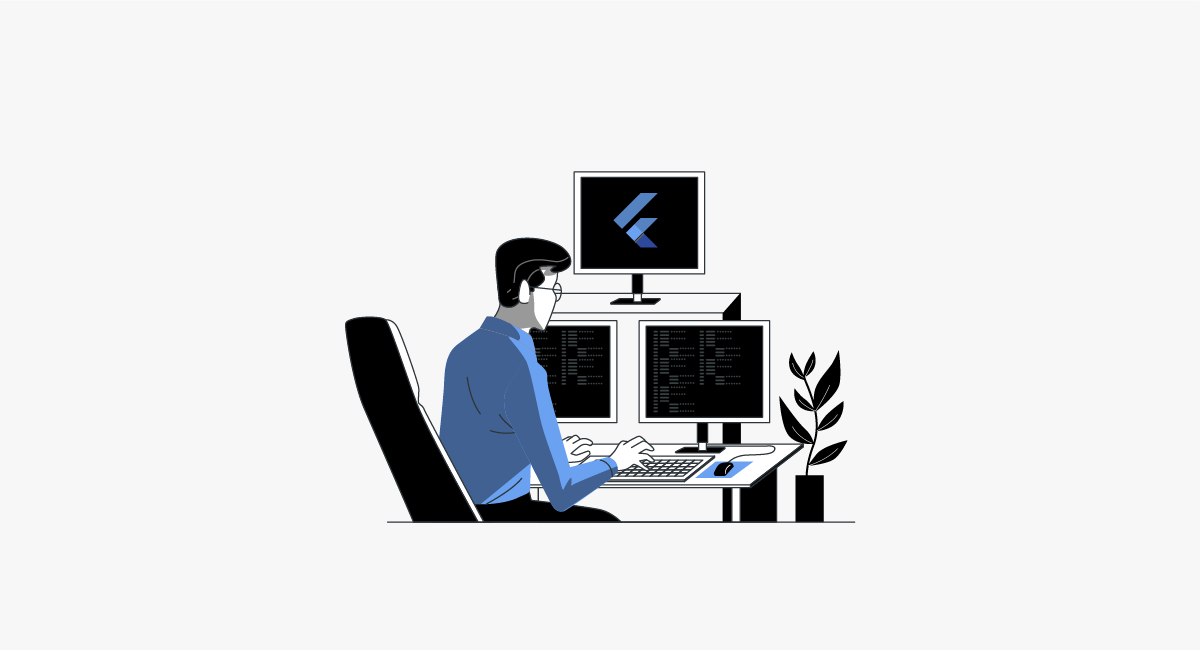 You’ve probably already used Flutter-based apps without even realizing it. You have probably seen the effects of Flutter’s still very young history, whether you used a digital coupon, conducted an ad campaign on Google Ads, utilized Google Pay to make purchases, or did any other online shopping on Alibaba. Here we are going to understand everything about Flutter, more concentrated on the future of Flutter.

Mobile app usage currently makes up 70% of all digital media time, greatly outpacing all other media consumption, claims Marketing Charts. Moreover, for 48% of consumers, a brand’s mobile application performance influences its trustworthiness. There is no denying that mobile apps have ingrained themselves into every aspect of our life. But the issue of how mobile apps are created and what technology we might use comes up.

Platform with Flutter support are improving the app development industry thanks to the growing significance of mobile applications in our daily lives. One of the most well-liked and effective cross-platform app development tools is Flutter. However, you will need the right tools to produce high-quality, responsive apps that please your users.

According to the number of stars on GitHub (143k vs. 104k for React Native), Flutter didn’t take long to become incredibly popular with the release of its alpha in May 2017 and the official stable version in December 2018. And it continues to draw more attention than competing technology.

Indeed, Flutter is making headlines in the cross-platform app development landscape, but what is its future? Will it be popular in the coming years too? If yes, then why is it so? Let’s break down everything in detail.

Google has created a brand-new front-end programming framework called Flutter that can be used to create excellent, cross-platform mobile apps. Dart, a programming language developed by Google, serves as the framework.

The limitations of established app development frameworks like iOS and Android led to the creation of Flutter. As a result, Google has created a brand-new programming language called Flutter that makes it possible for programmers to create cross-platform mobile applications at a fraction of the price, speed, and complexity of native code. 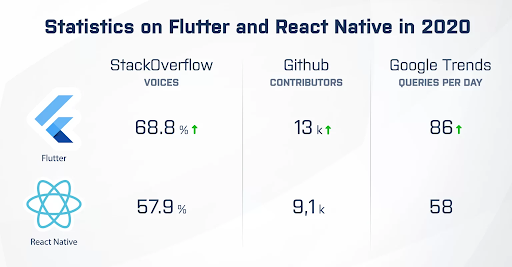 A group of Google developers creates updates and patches for this fantastic platform once a year. They can create cross-platform apps that are fully functional and feature-rich. This framework currently serves over 2 million users and over 90,000 apps globally.

Flutter evolved from purely app development for Android and iOS to a cross-platform technology that enables developers to create sophisticated apps that function flawlessly on the web and desktop browsers that run on Windows, Linux, and macOS; it achieved a significant milestone.

Why the Future of Flutter in Cross-Platform App Development is BRIGHT?

This open-source framework from Google enables the seamless development of mobile apps for iOS and Android.

An SDK called Flutter has pre-made widgets that may be customized. In addition, this contemporary framework comes with a number of add-ons, including free, open-source libraries and tools for developing customized applications from a single code base for mobile apps and websites. Let’s look at some of the solid reasons that depict why the future of Flutter seems bright and what it means to the developer community.

A comprehensive set of widgets for creating UI interfaces is included in Flutter. The widgets’ customizability and reusability make them advantageous for future development. The Material Design and Cupertino widget sets are also included in Flutter.

This is one of the Flutter framework’s key features. It enables Flutter app developers to instantly check their changes in the running app after making them in the source code. This feature’s ability to reflect changes even without compiling the source code or relaunching the application is what distinguishes it from others. In addition, the Hot Reload feature can drastically shorten the development time for app debugging.

Additionally, the development experience is further enhanced by Dart, the programming language on which Flutter is based, having two compilation modes:

These two modes eventually accelerate the development process and save developers time.

This trait earns bonus points. Dart is the only language used by Flutter-based applications. It may be reused and does away with the requirement to keep several or distinct files and folders for Android and iOS.

It is simpler for developers to add the most distinctive and crucial features because only the dart language is used, and the code needs to be created only once for both platforms. In addition, the developers can quickly upgrade functionality after the code has been released and downloaded by users in accordance with market demand and analysis.

Increasing Inclination of Developers Towards Flutter

One of the most popular platforms, Flutter, has more than 109,600 stars on GitHub as of January 2021, surpassing React Native as the most popular database of repositories! With roughly 20% more stars than other comparable solutions, it maintains rank 16 (out of more than a thousand other possibilities).

Dart, the programming language used by Flutter, is simple to learn, especially for developers with Swift or Java experience. Additionally, Flutter shifts the majority of platform-related concerns away from the developer because it is app-oriented rather than platform-oriented.

With rarely changing and well-documented APIs, a wealth of learning materials, and an excellent Widget of the Week series, Flutter is a developing application technology.

Flutter is an incredibly cost-effective option for MVP development.

Simplifies and Speeds Up Development Process

Flutter has overcome all obstacles related to code complexity, challenging debugging, tough UI/UX designs, security inspection, etc. You can now create apps for several platforms with a single codebase system. The advent of hot reload is beneficial to programmers in numerous ways. Like detecting bugs or liabilities in the code quickly and easily before the writing process is complete.

Flutter uses a quick and effective development methodology. It is the developers’ inner desire to leave the convoluted programming framework. Your client will be more than surprised if you provide the app sooner.

Flutter is a great option for companies with low funding due to its efficiency. For instance, a startup may have already spent at least $75 per hour on a web designer and will be looking at expenses for application developers that are comparable to or greater. By shortening the development process and accelerating the time to market, Flutter offers a useful development solution for enterprises on a budget.

Easy to Install and Maintain

Without needing to exchange codes, the team members can identify the issue and make modifications immediately. It’s economical since you don’t need to buy incredibly pricey machinery. Anyone can easily construct a Flutter application with the team’s assistance.

Application testing requires a significant time and financial commitment. However, you may simplify and ease this effort by choosing Flutter as your cross-platform app development platform. In addition, the use of automated testing enables the developers to swiftly verify the app’s usability, functionality, and user interface.

Before being made ready for the end user, it also guarantees performance above average for your program. Experts do automated tests in several areas while maintaining the app’s features and bug-fixing speed. Thus, the categories consist of:

Is Flutter, then, the future?

Although it is unlikely to be the sole future, it will undoubtedly be a feature of many new advances.

The user interface (UI) part of Google’s forthcoming operating system, Fuchsia, is made up of Flutter. Google would be eliminating Flutter’s UI for Fuchsia if it were to be discontinued. You can’t utilize an operating system without a user interface (UI). Therefore, Google would have no need for it unless they wanted to build a totally new framework and force everyone to switch over to it.

Google might certainly kill Flutter, but this is less plausible than their decision to leave the search engine industry. If they did, they would be squandering around ten years of effort.

As a result, businesses with limited resources should hire experienced Flutter developers to turn their app concepts into practical business solutions. From the above debate, we can clearly say that Flutter is a promising technology for app developers.