Learn How to Build a Single Page Application with AngularJS 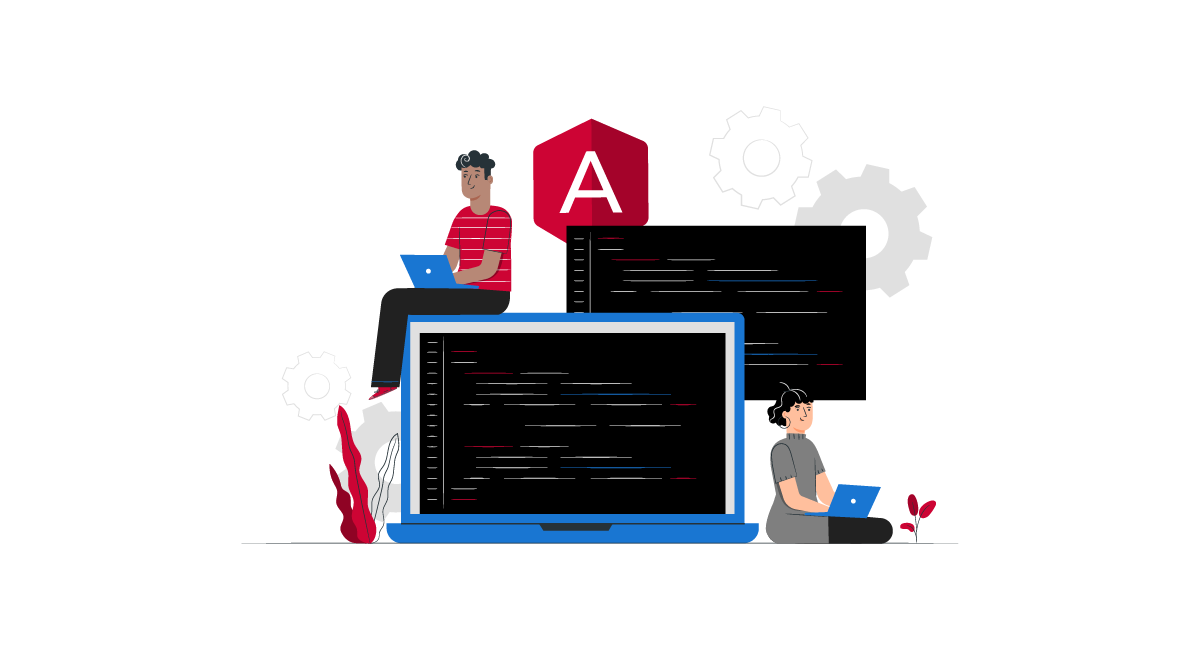 Heading towards the digital world, more often, it seems like the mobile application market is flooded, and there is no shortage of app development languages now. But, whether we talk about languages or mobile app frameworks, one thing is for sure developing and launching an app has become way more accessible than before.

Since the introduction of the world wide web, websites and apps have improved. From basic HTML to websites that can stream 8K videos programmed with advanced algorithms, customers are now becoming used to a smooth streaming experience. Coming to the main point, as we mentioned earlier, there are too many frameworks, but very few can resonate with most of the development needs. Now, you must be excited to know which framework we are talking about.

AngularJS. Yes, as per industry standards, Angular is the most popular and leading technology in the app development landscape. Moreover, fast-scaling startups are looking to hire AngularJs developers to design impeccable solutions. So what is AngularJS, and when was it launched? AngularJS is a versatile, dynamic, and robust framework built and introduced by Google in 2009.

It is shocking to know that since its inception, AngularJS is constantly staying on top of popularity as it’s easy to use, simplifies the development process, and ensures high scalability. But, who does not know about Netflix? Have you visited the website? If your answer is “YES,” then you have a little information about what a single-page application works and looks like. Still in a dilemma? Don’t worry. This article teaches you how to build a single-page application using AngularJS, one of the most popular front-end frameworks.

So now you must be clear with the basic concept, but we also need to elaborate on this same topic so that you can easily build a single-page application using AngularJS.

What is Angular JS?

In simple words, AngularJS is a popular JavaScript framework that operates on the client side and is used to develop the best web applications. It also means that the browser, instead of the server, will execute the code you write; hence, it is widely used in single-page applications and other business verticals. This is the major reason why AngularJS developers are in demand.

Nowadays, AngularJS is the dominant framework for any kind of web development. Irrespective of the business’s size and type, AngularJS is used by everyone, and the below graph clearly depicts the interest of developers in JavaScript frameworks over time: 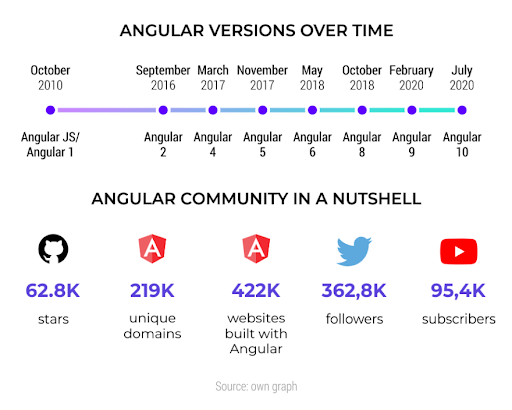 It clearly seems that AngularJS has been changing the landscape of web development. Until now, developers have been using ASP.NET, PHP, and Ruby on Rails for web development, but their inclination towards Angular has been increasing as it is the most powerful, adaptive JavaScript framework. In short, frameworks like Angular, Ember, etc., are the future of web app development.

Why Would Businesses Want to Build SPA?

In the age of web applications, desktop apps are unwittingly being replaced by them. This is because they are more convenient, easy to update and not attached to particular devices. However, the demand for complex and refined apps is already huge, even though users are gradually moving from browser-based to mobile apps.

A SPA application is a single page that constantly interacts with the end-user by dynamically rewriting the current page rather than refreshing a new page from a server. Trello, Facebook, and Gmail are popular examples of single-page applications. Moreover, the software development cycle of a single page application is different as the server only sends an HTML file on the request, and it directly sends data formerly known as JSON on subsequent requests.

Here are some of the business benefits of building single-page applications.

Simple Development Process: The development process is simple. There is no need to write long code to render pages. Anyone can quickly start the development cycle from a file file://URI, without any server.

Same Code for All: It is easier to develop SPA because developers can use the same code for web and native applications, and thus it makes overall development quick.

Uses Less Bandwidth: It is no more shocking that single-page apps consume less bandwidth as they only need to load a page once. Thus, it is more feasible for everyone to use, even with a slow internet connection.

Well, the pros are countless, but these are the main business benefits one can get from single-page applications. In a SPA, content is presented to the user in an easy, simple, and workable manner, keeping the user within one comfortable place and thus ensuring a fast browsing experience.

It means the future of single-page applications is as bright as AngularJS. So without any delay, let’s understand in detail how to build single-page apps using the same framework.

Before creating a codebase and starting simple operations using AngularJS, you need to follow some prerequisites. Moreover, any text editor of the upgraded or latest version, such as Notepad++ and any browser, should be kept handy to get started.

Now, set up the latest version of Angular 14 for local development. To install the Angular, the below-mentioned prerequisites installations should be followed,

Now, run the command and give the name of the app as per the below,

You are done with the installation; let’s start the actual process and build a single-page application using AngularJS.

Important Note: If you are a newbie to Angular, you should have a little knowledge about the three other programming languages and i.e.

How To Build a Single Page Application Using AngularJS?

Developing an application from scratch is not easy as it seems. Everything should be researched in advance, from choosing the best framework for the database to a team of developers. Some business persons are concerned about the cost and search for how much it costs to develop an app, but end with inaccurate figures as the price depends on many factors. After discussing the below steps, you might know how much time and money is required to develop a single-page application using the latest framework.

The module created in the first step and the controller performed in the second step specify both in the ng-controller attribute.

Once you successfully create the HTML layout for the website, you need to use the ng-view directive with the one place where the HTML file of all pages will be placed in the same layout.

A templateUrl and a controller must be specified for each route. In cases where a user attempts to navigate to an unexistent route, an exception must be handled. Then, the user can be redirected to the “/” route using an “otherwise” function.

Step 9: Include the HTML of the Above Pages to Index.html file with Script Tag

That’s it! After successfully performing the above steps, you can easily create single-page applications using Angular and also simplify many other complex tasks of your projects.

Why Businesses and Developers are so Attracted to Angular JS?

Many programming languages, each with its own pros and cons, follow a different app structure and mobile app architecture to get things done. But the popularity of Angular is increasing because it is constantly being upgraded by the teams at Google and allows businesses to upscale their operations quickly.

From fintech to entertainment to social media websites to task and project planner apps, more than 150,000 websites are using AngularJS because

Hopefully, this blog has explained to you in detail how to develop a web application using AngularJS and why the popularity of the same framework is increasing immensely in the world of coding. It is preferred for building single-page applications affordably and effortlessly. Whether you are a startup or running a well-established business, Elluminati is the best AngularJS development company that helps you enter this digital world by outshining your product more than competitors.

1. What is Single Page Application

A single-page application is a web app running through a single HTML page to be more responsive and to more closely replicate a desktop application or a native app.

2. Is Angular The Ideal For Single Page applications?

The single-page applications can be built with either AngularJS or React. Both have its own pros and are used for their benefits. React is widely used by the JAVA script developers since the code is reusable and low learning curve.

4. What are the advantages and disadvantages of Single Page Applications?