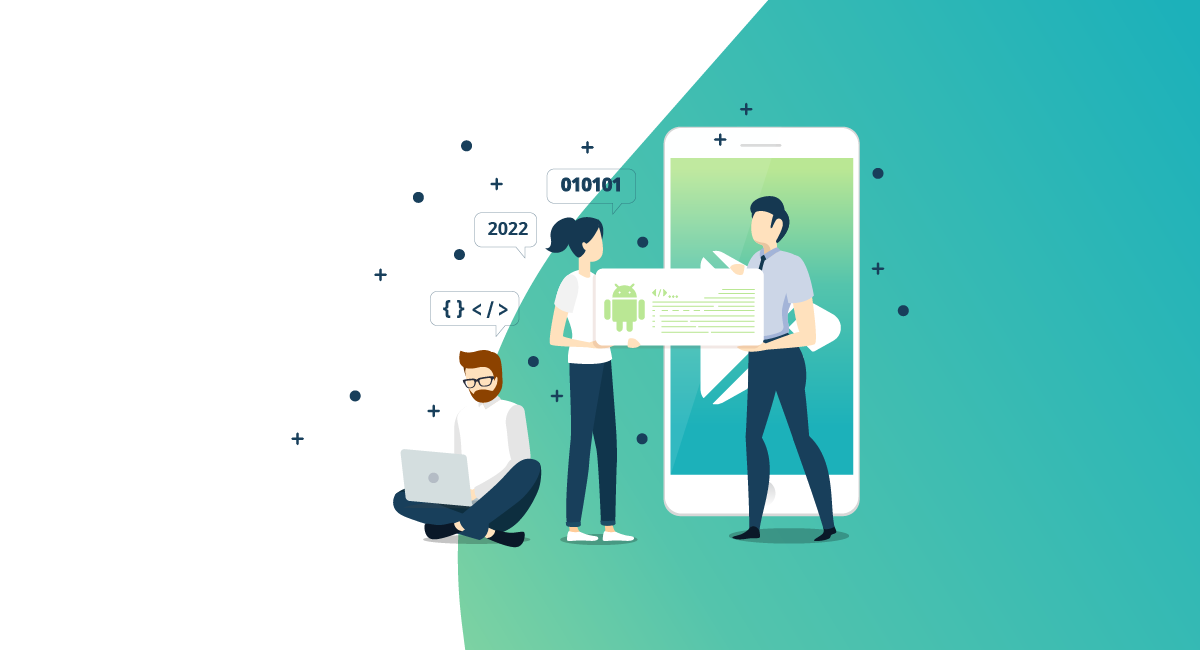 The amplest source of mobile apps for Android users in the Google Play Store. The one who is ready with the app, next task is to know how to submit an app to Google Play Store. The process is simple yet has to be followed with total awareness at each stage so that users find it right and the app sustains in the store for a lengthier span.

Moreover, Android apps do get pulled out of the store for a variety of reasons, due to which a developer or Google Play Store removes them. And the reason apps could be removed is that the app is flagged, violating government laws, copyright infringement, abuse of Android permissions, etc.

The blog is prepared with a pointwise explanation making you aware of everything comprehensively on publishing an app in Google Play.

Before diving into the process of submit an app to the Google Play Store, necessary data has to be prepared. Some of them are requisites, and some of them are optional. Prepare them before moving to the actual procedure of upload.

Let’s dive into the significant concern of the blog, how to upload an app on Google App Store. 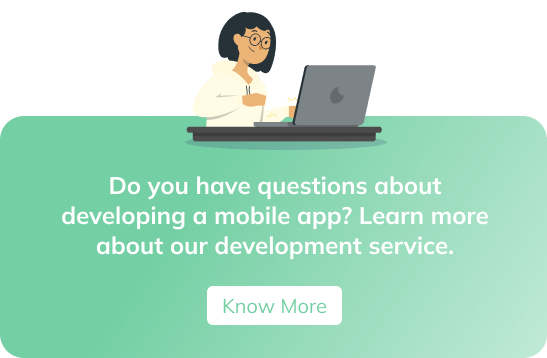 In order to launch an app in the Play Store, the uploader would need a developer dashboard. If you don’t have an account, Signup first to the Google Play Console. If you upload an app that has any kind of in-app purchases, you would need to buy a merchant account. It charges a one-time fee, with a minimal amount of around $25 – $30. The exact payment depends on the country and the tax it charges.

The account will be verified within 48 hours of the Signup. Then, the app can be published to the store, filling up all the formalities accurately within the shortest time possible.

In the dashboard, click on the “Create App.” It is a section named “Store Listings” where it needs to add details about the apps.

Choose the language of the App. Next, the title you prioritized, enter the blank space, and move ahead with “Create”. After that, enter the short and long descriptions of your app to help Play Store and readers understand the app’s objective. Next, you have to upload all the graphic assets of the app you designed before. App icon, app screenshots, are the compulsory graphics for the upload; the rest are optional, as mentioned.

Next is the categorization of your app. First, choose whether your app is an Application or falls in the Games category. After that, select the app category from the given choices like art, business, productivity, finance, medical, food and drinks, events, etc. Then comes the contact details. Enter website, email address. Phone number is not mandatory. Further, add the link to the app’s privacy policy, which is not obligatory.

Save it as a draft. Next, you would have to fill three different sections, which are explained below in steps. 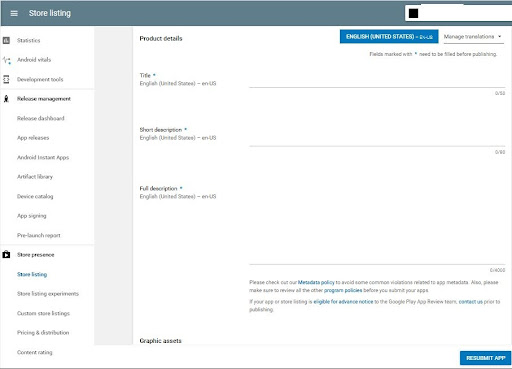 Click on the section “App Release”. In this section, you have to manage your app. Foremost, go to the “Production” part in that screen clicking on the ‘Manage’. Then “Create Release”. Google Play will ask for sign-in again for extra security. Then upload your app bundle (it is a .apk form). The release name will be automatically detected; if it’s the first version, it will be “1.0”. Again, you have to add a description of the release.

When you are complete filing all the details, save the details, and a green tick mark will be shown on the left of the screen wherein the menu App Release section is mentioned. 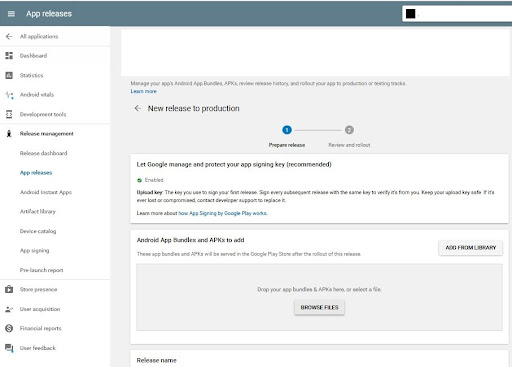 Next comes the Content Rating. It is a pretty easy section where you have to click from specific options as an answer to the question about the app. Enter your email twice to ascertain. Then, select the category. Finally, a few questions about the app’s content are asked, such as if it contains violent material, age restrictions, controlled substances, and some miscellaneous questions.

When you save the questionnaire, it will generate a content rating on the basis of the answers. In the entered email address, you will be notified of ratings. Apply the ratings when you are satisfied with that. Now, move to “Pricing and Distribution”. 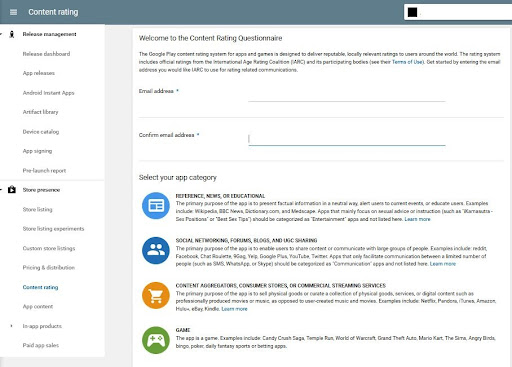 The next section is ‘Pricing and Distribution”. In this section, you will decide and mark if your app will be free or paid and also in which countries the app will be released. Be sure whether you want to keep your app free of charge because once you set an app as free, there is no coming back. Google doesn’t allow it to be paid from the free category. Once defined, choose the release countries for the app. The two columns would be marked as per your decision to release or abundant from countries.

The best way to launch is not to release it globally. Release firsts in a few countries, take their feedback for improvisation and then update it globally with a better version.

Choose whether the app contains advertisements or not. Refer to other mandatory details and agree to them. Save it as a draft. 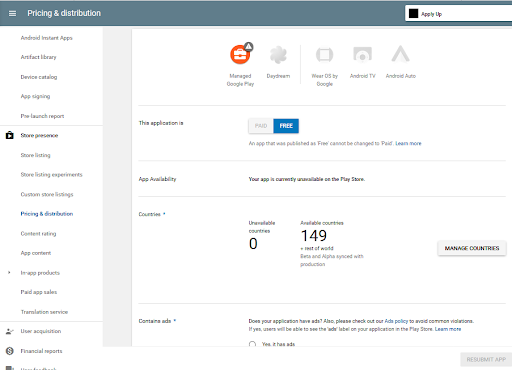 Go again to the App Release screen, scroll down till the end of the screen and click on “roll out”. The app has been successfully released. Go back to the dashboards, and you will see your app is pending publications.

Making an app requires the right approach, considering the platform development process. Besides, the right strategy to upload an app is equally necessary. Now that is not anything you need to do for app release. One crucial thing that starts right after the app is released. In the next section, we will discuss the tasks related to that. 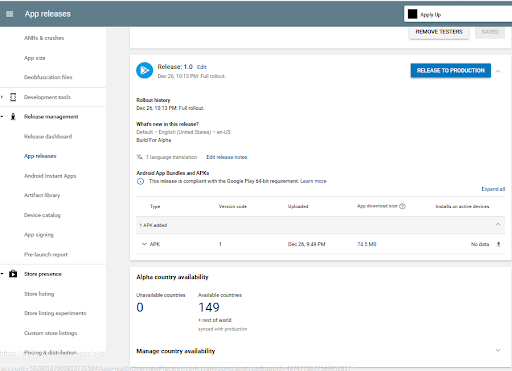 Take Action on Following After Publish an App in Google Play

The post-app launch requires the promotion, improvisation, and further promotion of the app. Let’s discuss pointwise.

Search any kind of app, and you will get a long list of apps. Every year or every month, abundant apps are released globally in the Play Store. It is the most crowded place in terms of audience and competitors. In the fierce competition, if you leave the app just on release, it is absurd. Promoting apps is essential in the huge competition to achieve a notable position and grow.

The app would need to be released as of the change in the versions or any error updates. Also, as surprises for the users, release new features. Tell these updates and new releases to the app consumers. It would make better customer engagement. Tell them through press releases, social media, or within the app.

Once the app is released, it will receive various feedback. Take account of that and then update the necessary things. Besides, the trends are always changing; the technology is always innovating. Make the most use of them to maintain and update the app to keep user-friendly while keeping it trend-updated.

App Store Optimization is an important part of the marketing campaign, especially when your revenues are majorly dependent on the apps. ASO is a practice to optimize the app listing in the Play Store. An effective strategy is really important to go far in improving its discoverability and ranking in the store.

When you make considerable efforts and get the results, scaling up will get two thoughts, whether yes or no. But the future is only with scaling up. Be strategic. Scale with a strong motive without affecting the current position. Consider the user’s problems, competitions, and initial motives.

In the entire process of app making and app launch, you must know what is the right thing to do. And not just the right thing, but also the right thing at the current process. But without much experience and expertise, one can fall into dilemmas more often. Rather, an mobile app development company with an experienced team could be the soundest alternative. They can get you the perfect app, help you launch, and give necessary suggestions to run and maintain further.

Your App is All Set To Become A Revolutions

Unlock your phone, and you can find any tasks done online through a mobile app. If it is not there, you can find an app in your phone’s application store and get your purpose fulfilled. So, here we see the abundant app use. There is an enormous scope if you have an app and list in this massive space, get something revolutionary for consumers. Once you are prepared with an excellent app, it is probably a watershed moment for you, yet a long way to go. The blog is all set for you to refer to how to submit an app in Google Play Store. Plus, some post-app launch tasks are actually essential.

Is Google charging anything to publish the app in the Play Store?

If your Android application has in-app purchases, you need to get a merchant app, which is paid. The charges are from $25-$30, which is a one-time fee by Google.

How long will time take to approve the app in the Google Play Store?

The app uploaded will be gone to the review for 24 to 48 hours. The review would be manual or with auditors. After it gets approved, within a few hours, apps will be shown in the store.

Are there any guidelines to follow when uploading apps in Google Play?

Google strongly asks the app uploaders to check and apply all the laws and regulations even at the local levels. Apps in the Play Store are used worldwide, so it must ensure that the app is appropriate for a mass audience. Google has properly mentioned the guidelines that an app must uphold for the upload and retain in the store.