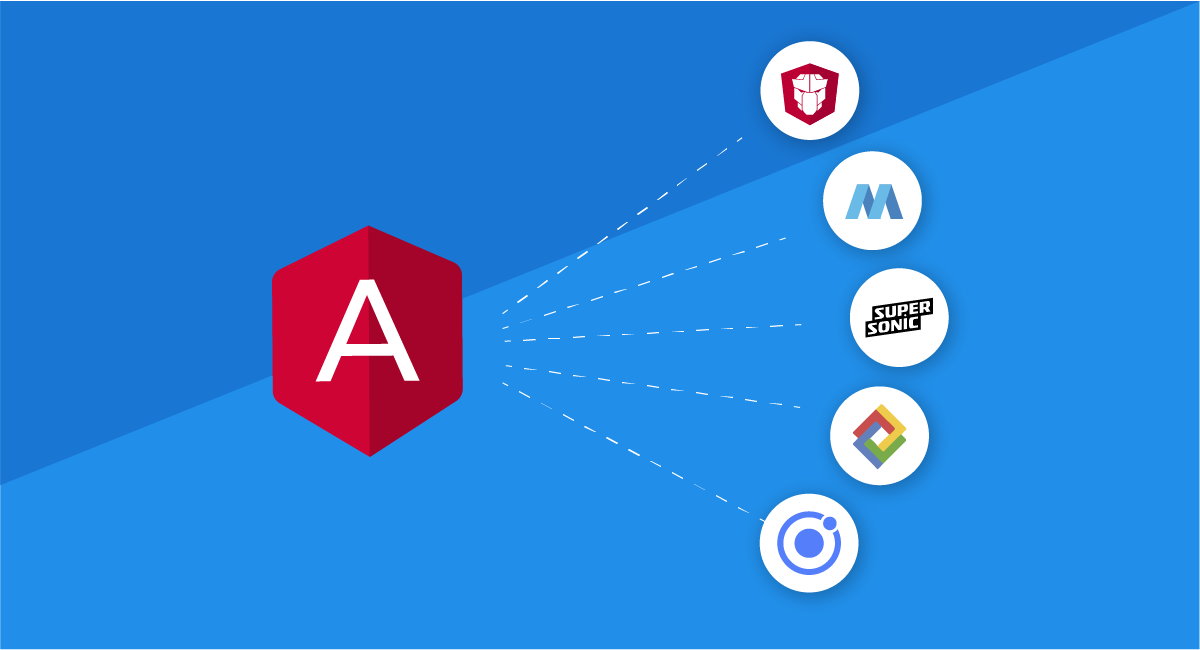 It gets harder and harder to create a feature-rich app as web development technology advances and the online space grows exponentially. The variety of online spaces is expanding exponentially as technology improves. In today’s world, customers look for businesses that are updated with the latest technological advancements, not just a simple web presence. Despite this, AngularJS can be used to reduce the strain significantly as it is the best frameworks for building robust and scalable web apps.

Did you know that only 50 ms determines whether a user will stay on your site from all the visitors? It means it only takes 50 milliseconds to create a good first impression on your user. Due to the fact that first impressions are 94% design related, it would not be very reasonable to choose infelicitous components while designing your highly valuable web presence.

Therefore, it is always advisable to choose a framework and app architecture that help you deliver a user-friendly experience with an elegant visual aesthetic. AngularJS stands out from other useful frameworks because of its simplicity, efficiency, and capabilities. This framework eases the load and helps developers accomplish tasks quickly, reducing complexity while keeping the workload low.

When Google was founded in 2012, AngularJS was used to build beautiful mobile and web applications. The new JavaScript framework is popular among developers because of its flexibility, scalability, and ease of use. As a result, web designers are already hailing Angular as the most critical front-end technology.

In this scenario, various front-end frameworks have joined the party to aid in the creation of complex applications, and AngularJS also supports them. Moreover, AngularJS frameworks are favored by web developers across the globe for their ability to build impressive web applications. So without any ado, let’s discuss several frameworks, but before that, examine a quick overview of AngularJS along with its meaning. 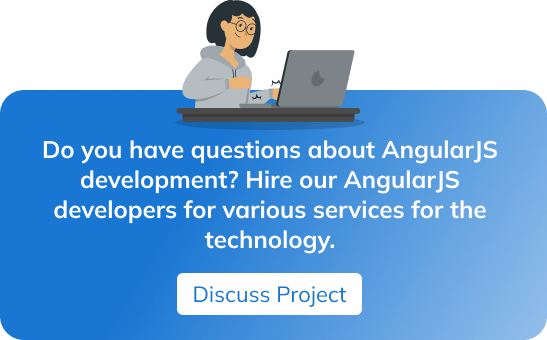 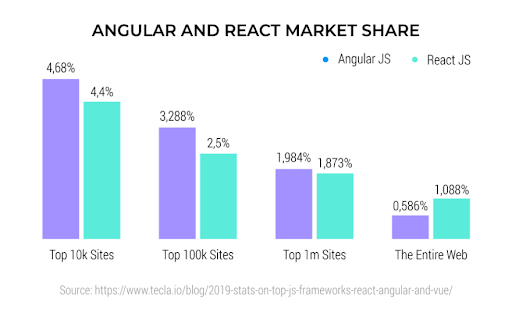 The most popular JavaScript framework on the web is AngularJS, which Google backs. The platform is used by companies such as Google, Amazon, and many others to power their websites. In addition, the framework is used to create single-page apps, which allows for dynamic interface generation rather than reloading with each new page request.

Because AngularJS is built on top of the MVC paradigm, creating complex applications that are nonetheless scalable, maintainable, and fast-performing is simpler. The following are some of the significant and beneficial objectives that AngularJS in any web app development has achieved:

Additionally, hiring an AngularJS development company will be more advantageous for you because they can help you navigate the entire project as they have years of experience. Front-end web developers have used AngularJS for a range of projects, from straightforward SPAs to sizable dynamic online applications.

Now without delay, discover which AngularJS frameworks are most extensively used and how they contributed to making AngularJS the most well-liked JavaScript framework.

The most cutting-edge and potent internet apps can be made much more easily, thanks to AngularJS. Numerous front-end frameworks for AngularJS are available to speed up work and boost productivity.

The components of the Angular framework and its management are well known to Angular developers today for producing beautiful web and mobile applications. We have compiled a list of the top AngularJS frameworks to aid you in creating more complex applications: 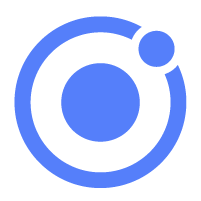 An open-source SDK for developing hybrid applications is called Ionic. The key advantage of employing a hybrid model is that it saves time and allows you to reuse the code for future application development. A hybrid architecture is a wonderful option for launching your software more quickly and creating prototype apps, but it’s not the perfect solution for every issue. 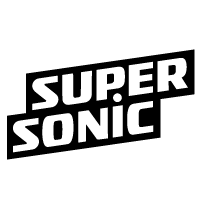 This is the framework you should be looking at if you want to create dynamic and feature-loaded web, hybrid or native apps that can be integrated with desirable APIs, features, and functionalities. As its name implies, supersonic is exceptional in every way. Creating hybrid apps with simple user interfaces can be a piece of cake for developers. With REST API in use, data interaction, retrieval, and storage are made simple, which is made possible by the framework’s adaptability. 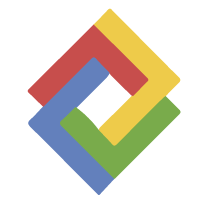 It is the go-to AngularJS framework because it provides incredibly beautiful and aesthetically pleasing UI designs that are based on Google Material Design Principles. In addition, it is a SaaS-based platform for front-end development that is extremely adaptable. Utilizing jQuery without needing additional plugins, using Gulp to optimize SaaS and JS files to enhance app performance, and other features are just a few of LumX’s main advantages. 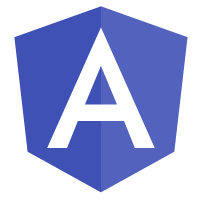 A complete collection of reusable user interface elements, Angular Material, is influenced by Google’s Material Design. It offers a comprehensive answer to all UI requirements. The Angular Material CSS library contains the typography and other features that are ready for use. As a result, angular Material provides a uniform, gorgeous, and fully functioning user interface design when Angular is used to create a website. 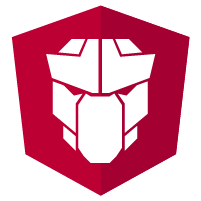 Prime NG is an Angular UI framework with more than 80 high-quality angular UI components that will enable you to implement all of your UI requirements elegantly. Prime NG has a lot to offer, including native themes and pre-built widgets that can incorporate different front-end web app components. Charts, form inputs, menus, overlays, and other widget elements are free from Prime NG. Prime NG also provides 200+ free icons and 16 free themes. 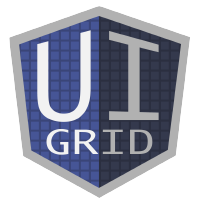 The Angular UI Grid, formerly known as ng-grid, is entirely created in AngularJS. Additionally, this is independent of jQuery. All of this framework’s characteristics are Angular directives and modules, and it revolves around a central grid module. It is the component for displaying data in grids for AngularJS apps and is part of the Angular UI Suite, similar to Angular UI Bootstrap. 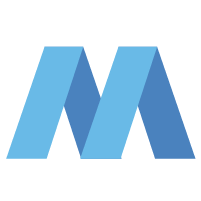 Popular framework Mobile Angular UI combines AngularJS and Bootstrap. It is used by web app developers to structure HTML5 mobile applications, often known as hybrid apps. It features crucial mobile components like switches, sidebars, scrollable regions, and overlays that are missing from Bootstrap 3 and is exclusively focused on the design and development of mobile applications. Additionally, because it revolves around AngularJS, the framework is faster and lighter because it is not dependent on bootstrap.js or jQuery.

It also includes a CSS file that you can use to convert your online application into a mobile version quickly. 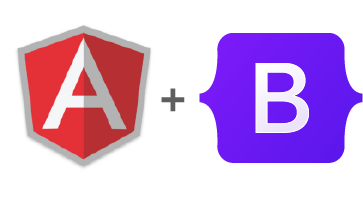 A Bootstrap-based UI library for Angular.js is called Angular UI Bootstrap. By offering a collection of components that are ready to be utilized in any online application, it is intended to make it possible to construct web apps using the Model-View-Controller (MVC) pattern.

Each of the frameworks mentioned above is distinct from the others due to a certain set of qualities that it possesses. For example, use Ionic to create highly dynamic online applications and Mobile Angular UI to build highly scalable mobile applications for iOS and Android. LumX is another option if you require a highly adaptable front-end to create an aesthetically pleasing and user-friendly UI.

It is simple to comprehend the several AngularJS frameworks, which are in high demand, given that the market penetration for JavaScript frameworks is greater than 6.94%. Moreover, don’t hesitate to conduct research before hiring Angularjs developers to build applications faster and more relevant.